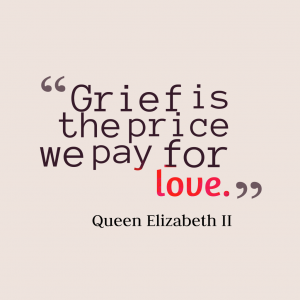 The effects of grief can be dizzying. Ever tried explaining it and found yourself tripping over your words and emotions so much it feels like can’t get your point across, let alone the reason you feel so confused, crappy and exhausted by missing someone so much? I’m guessing, yes.

So it really helps when someone who’s been through it sums it up in a sentence or two that totally makes sense! Some of the following are explanatory, reflective, and some aim to inspire. Hopefully some will resonate with you.

It’s little wonder that William Shakespeare provided insight with words, because grief is definitely not much ado about nothing. But I didn’t know much about actor Keanu Reeves until I started researching quotes on grief. It was then I learned that in 1999, not only was he and his girlfriend Jennifer Smye’s baby born stillborn at eight months, but just 18 months later, Jennifer herself tragically died in a car accident.

So I’ll start with Keanu’s quote, which resonated with me personally. Simple, to the point, and so true.

“Given a choice between grief and nothing, I’d choose grief.”
William Faulkner, Nobel Prize-winning novelist

“No one ever told me that grief felt so like fear.”
C.S. Lewis, Author

“Grief does not change you. It reveals you.”
John Green, Author

“There is no grief like the grief that does not speak.”
Henry Wadsworth Longfellow, American poet of the 19th century

“My grief lies all within, and these external manners of lament are merely shadows to the unseen grief that swells with silence in the tortured soul.”
William Shakespeare from his play Richard II (rather wordy but you get the gist – and it was written in 1595!)

“Grief makes one hour ten.”
Shakespeare again, getting slightly more to the point.

“The grief that does not speak whispers the o’er-fraught heart and bids it break.”
Yep, Shakespeare again, from his play Macbeth.

“We bereaved are not alone. We belong to the largest company in all the world – the company of those who have known suffering.”
Helen Keller

“Grief is like a moving river, so that’s what I mean by it is always changing. It’s a strange thing to say because I’m at heart an optimistic person, but I would say in some ways it just gets worse. It’s just that the more time that passes, the more you miss someone.”
Michelle Williams, Actress

“The only cure for grief is action”.
George Henry Lewes, Philosopher

“You don’t go around grieving all the time, but the grief is still there and always will be. There is a kind of euphoria of grief, a degree of madness”.
Nigella Lawson, Celebrity chef

“What is lovely never dies, but passes into another loveliness, star-dust or sea-foam, flower or winged air.”
Thomas Bailey Aldrich, Writer

“There is a sacredness in tears. They are not the mark of weakness, but of power. They speak more eloquently than ten thousand tongues. They are the messengers of overwhelming grief, of deep contrition, and of unspeakable love.”
Washington Irving, Writer

“All the darkness in the world cannot extinguish the light of a single candle.”
Saint Francis of Assisi

And finally this, written by whom I don’t actually know. I found this quote about 8 years ago and Googling both it and the link I had then now comes up with nothing online. Thank you to whoever said it – and please let me know if it was you!

“Family and friends are usually our greatest supporters, but bear in mind that they are grieving too, and may not always be the strongest “shoulder to lean on” for an extended period of time. It is wise to tap into a network of others who are going enduring a similar situation, and who can provide empathy and understanding, for example, a grief support group.”

Feel free to post any grief quotes that mean something to you in Comments.